“When everybody thinks alike, everyone is likely to be wrong.”

The ten words quoted above are, according to Humphrey B. Neill, a potent factor behind all economic booms and busts that blight our civilization.

Whatever idiom you like, ” Kill or be killed, move it or lose it, puff it or pass it, cook or get out of the kitchen. Just don’t stand in line order or get out of line. It’s your time to move your business to the next higher level.  Start on the SmartPhone at $5/month, and $10/month.

Anticipated changes can be more forceful than events happening out of nowhere.

The chart above shows the correction that happened when the last so-called “budget crisis” happened. The pattern is similar to the 2022 sell-off and the second half recovery into a double top the 12/1/22 and 12/13/22 tops. If a valid fractal, the decline that is forthcoming will be a waterfall…

…but as experienced traders you know to expect something similar but different based on the rule of alternations. So what could be different? 2009 just finished a 3-year bear and put a cap on the WFC. Two years later we were bullish but could it be that this time it’s really bearish not leading to recovery after the mini panic on 10/4/11?

END_OF_DOCUMENT_TOKEN_TO_BE_REPLACED

The Back Story Buzz

The documents with classification markings spanned Mr Biden’s time in the Senate and the vice-presidency, while the notes dated to his time as vice-president. An FBI search of US President Joe Biden’s home has turned up six additional documents containing classification markings, with agents also taking possession of some of his notes, the president’s lawyer says. The search comes more than a week after six other classified documents were […]

Rep. Eric Swalwell (D-Calif.) holds that he did nothing wrong in his associations with a suspected Chinese spy and that House Speaker Kevin McCarthy’s (R-Calif.) vow to remove him from his committee assignments was an act of “political vengeance.”

US judge fines Donald Trump and his lawyer $1.3 million for ‘frivolous’ Clinton lawsuit

A Florida judge has ordered former US president Donald Trump and one of his attorneys to pay more than $1 million for filing what he says was a bogus lawsuit against Trump’s 2016 rival Hillary Clinton and others. 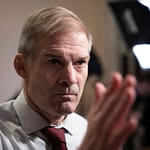 The creation of a House Select Subcommittee on the Weaponization of the Federal Government portends an all-too-predictable and largely unproductive cycle of interbranch friction. (The name itself betrays that the panel has already concluded that the executive branch misused its resources.) It will start with overheated demands for information. The committee’s chair, Representative Jim Jordan, has said the wide-ranging probe would include the FBI raid on Mar-a-Lago for documents that Donald Trump failed to return to federal authorities, the Department of Homeland Security probe of disinformation on social media, and the origins of investigations by the FBI and other federal agencies into contacts between the Russian Federation and the Trump campaign in 2016. The Biden administration will comply with some requests while resisting others. Republicans will denounce recalcitrance as a coverup. Fox News, for its part, will condemn any lack of transparency as Democratic hypocrisy. Democrats, in turn, will remind Americans that Jordan refused to speak to the January 6 Committee. 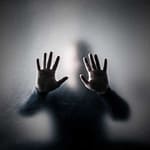 The economy and the stock market are stuck in a circular loop, preventing the resumption of meaningful growth. The U.S. Federal Reserve has been doing what it can to try and talk the stock market lower since late 2021, with a goal of reducing wealth-generated spending pressure on inflationary imbalances. For many months, the Fed has even been hinting at the necessary pretext for a pivot in interest rate policy from a rising (tightening credit) to falling regime (expanding liquidity), namely a bigger equity decline on Wall Street. The problem is Fed attempts to talk down prices and valuations are not getting much traction.

Anticipated changes can be more forceful than events happening out of nowhere.

The chart above shows the correction that happened when the last so-called “budget crisis” happened. The pattern is similar to the 2022 sell-off and the second half recovery into a double top the 12/1/22 and 12/13/22 tops. If a valid fractal, the decline that is forthcoming will be a waterfall…

Working With You Over the Years

Contrary Thinkers are my People 23

The headlines read “Why does everyone think there will be a recession in 2023?”

To be blunt, who cares what they think?  The analysts that are leaning on the contrarian idea that what the little guy does the smart investor should do the contrary know how to talk the talk.

One of the key polls they use is from the American Association of Individual Investors.  AAII is a nonprofit organization with about 150,000 members whose purpose is to educate individual investors regarding stock market portfolios, financial planning, and retirement accounts.

I have to wonder if the AAII membership is self-aware of the above notion they are used like guinea pigs and considered dumb money; and if they are, how does that impact their answers to a poll?

After 2016 we all know that polls are not reliable but actions are more important. What has been seen in the actions of the same group is their equity (risk)  exposure has remained above its long-term average for the trailing 12 months. As such and they think the market is bearish, well that is dumb.

The majority of the cycle analysis research that crosses my desk only gives a passing interest to the super cycle that is due in the current time frame.

At best a few act as if they are fair and balanced Journos providing both sides of the story if you will, which does no one any good and is a dodging the question: is there a bearish super cycle to be concerned about?

Most of all the investing public deserve more than “spitballing” insights when it comes to their achieving their investment objectives. They need to know, if there is at least a 50/50 chance or better, and how much lead time will the investor have to prepare for such a market event.

So while the “nice guys” point out only two iterations (occurrence) in the history of the super cycle, as not being “statistically significant.” But they are simply skirting the issue as they know there is a great number of harmonic subcycles that have been deadly accurate thus making the “doom and gloom” super cycle something the investment community and most of all CT’s membership needs to focus on.

What is scary for the social types is reflected in so many who post comments like, “why would they even want to discuss these depressing topics?” Only to read replay “because it sells more market newsletters.”

O.K. then, news to me. A one-minute video follows that cover an important COT cycle, bringing it forward from 1932.