What Happens to Afghanistan’s Gold Reserves?

The Taliban captured Kabul on August 15 and gained access to the headquarters, main vault, and cash reserves of Da Afghanistan Bank (DAB), which is the country’s central bank. The country’s central bank had an estimated value of $10 billion. This has prompted early fears that Afghanistan’s new rulers could seize the money for themselves. Unfortunately for the Taliban, the bank’s cash reserves—consisting of hard currency, gold, and a […]

Middle-class prosperity is an illusion

But everyone has an iPhone!

This is more than likely the greatest threat to our nation, our free markets, and capitalism. When the middle class is unwittingly held back for an extended period, it is like an earthquake ready to heave.

Over the last twenty years, America’s promise of upward mobility has become a lie. The lie is so bright and blatant that several billionaires and intelligentsia point out that if something is not done about the “wealth inequality,” there will be massive social unrest.

Presidential Election Polls Preceding the Election will Predict the Stock Market, and all the polls are firming up going into the summer. Today it looks like a landslide favoring Biden, and because the Fed and Treasury are in Trump’s Pocket the Markets are now political and they (fed banks) will dump their holdings to protect themselves as it becomes clear the polls are right.

Today’s money is different because 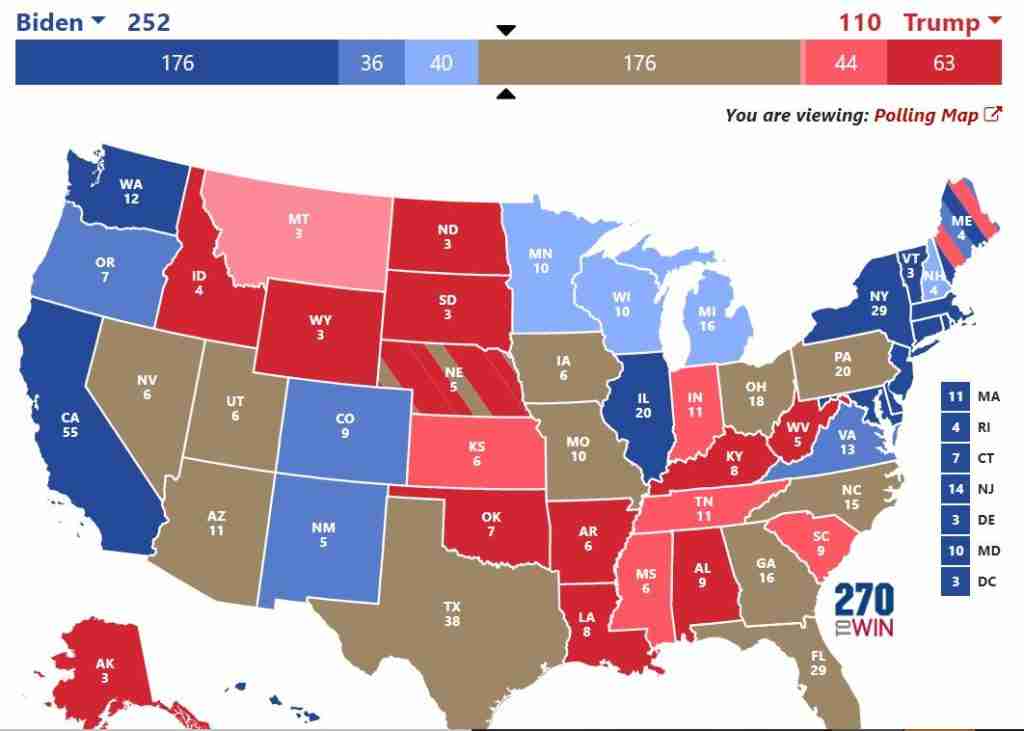 Peter Schiff: in his 20-minute video “Game Over For The Fed” pointed out what I said back after the 2017 tax cut, the government is out of tricks.

Federal Reserve Chairman Jerome Powell even admitted that the central bank has “crossed a lot of red lines,” but he insisted he’s comfortable with the actions given “this is that situation in which you do that, and you figure it out afterward.”  That is growing caution to the wind, for the market.

But now enter politics at best and maybe corrupt politicians, the arm twisting began during the 2018 mid-terms. Donald Trump likes low interest rates, and he doesn’t hesitate to let the world know. And to the point, let the Federal Reserve chair, Jerome Powell—know about it.  Trump has publicly intimated the firing of Powell if he doesn’t get the message. Moreover, the White House press said Trump privately suggested that Powell wanted to “turn him into a Hoover. This did not stop until March 10, when Powel was still focused on combatting inflation and a bubble. No Pressure hey?

As a side note, there has been a long term debate if the Fed favors the banks and wall street not the public and the economy, with their focus on inflation. The logic of which ends with the conflicting goals of finance and the economy, banking vs workers.

Since 1980 it has been a balancing act but the diminishing bargaining power of workers resulting in the widest gap between the mega-wealthy and the poor being the greatest on the globe. It is this more recent rising economic inequality that is being called the second Gilded Age.

(The Gilded Age is defined as the time between the Civil War and World War I during which the U.S. population and economy grew quickly, there was a lot of political corruption and corporate financial misdealings and many wealthy people lived very fancy lives.)

The conflict as pointed out above is when the Fed raises interest rates, job creation declines, and the ability of workers to obtain their fair share of economic growth is undercut. A monetary policy that is accountable to working people would likely be less accepting of unemployment and more tolerant of potential inflation.

But the jawboning did not end with Powel, on March 17th  Trump told the Treasury to go big. According to the Times, “We want to go big,” Mr. Trump said at a news conference at the White House, adding that he had instructed the Treasury secretary, Steven Mnuchin, to introduce measures that would provide more immediate economic support than the payroll tax cut holiday he had been promoting.”

Leading to The U.S. Treasury’s official figure for the debt of the federal government on May 27, 2020, is $25.6 trillion. So how does the government unwind its portfolio?  How is the debt resolved?  Taxes? Devaluation of the currency?

Here are the market facts, since 1900, the direction of stock prices in the two months prior to Election Day has predicted the winner 89.3% of the time- that would be from September. However, Sam Stoval at S&P did the same study and found “Looking at S&P 500 prices since 1900, he found that the market action between July 31 and October 31 has correctly forecast the outcome of the presidential campaign 82% of the time.”

So the change of political regime discounting begins in July. It did so in 2016 have a look. However, the work we did and published here show peaks happening in the current time frame.

— Contrary Thinker does not assume the risk of its clients trading futures and offers no warranties expressed or implied. The opinions expressed here are my own and grounded in sources I believe to be reliable but not guaranteed.
— Pricing is subject to change without notice. My indicators and strategies can be withdrawn for private use without notice, at any time.
Trading futures and options involve the risk of loss. Please consider carefully whether futures or options are appropriate for your financial situation. Use only risk capital when trading futures or options