Always consider the source. The Trump Admin is nothing more than a power play to create truth from a lie.

Mr Christie is one of several Trump allies to test positive for coronavirus in recent weeks. (AP: Julio Cortez) Former New Jersey governor Chris Christie says he was given “a false sense of security” that the people he was interacting with at the White House had been tested for the coronavirus. “It was a mistake,” Mr Christie told ABC’s Good Morning America in an interview where he detailed his […] 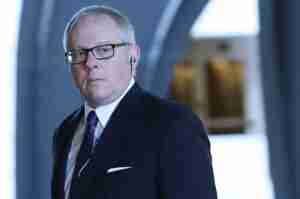 “The top spokesman at Health and Human Services accused scientists at the Centers for Disease Control and Prevention of “sedition” for their response to the coronavirus pandemic and warned people to buy guns and ammo because an insurrection led by Democrats could start on Inauguration Day if President Trump refuses to “stand down,” according to a report Monday.”

The outside world: Is there help for the markets (aka the new economy) coming from congress? ” Morgan Stanley No Longer Sees A Fiscal Stimulus Deal Before The Election

A landslide for Joe Biden resulted in a relatively orderly transfer of power. Every other scenario we looked at involved street-level violence and political crisis.

Everyone is focused – since 2017 – on the tax cuts, the share buybacks, the pre-emptive monetary policy, the Fang boom, work at home boom, and a recession with numbers as bad as the 1930s in the face of a proclaimed “V” shaped recovery.  Hey crazy man, crazy, right?  No, the market is never wrong and it is the economy now and what will the monied interset discount?  Our system of government.

Keep telling yourself, it is only a TV reality show, its only reality TV

“Stone recommended that Trump consider several actions to retain his power. Stone recommended that Trump appoint former Rep. Bob Barr (R-GA) as a special counsel “with the specific task of forming an Election Day operation using the FBI, federal marshals, and Republican state officials across the country to be prepared to file legal objections and if necessary to physically stand in the way of criminal activity.”

“Stone also urged Trump to consider declaring “martial law” or invoking the Insurrection Act and then using his powers to arrest Facebook CEO Mark Zuckerberg, Apple CEO Tim Cook, “the Clintons” and “anybody else who can be proven to be involved in illegal activity.”

The GOP Is Staging Chaos On the Way To a Coup

The One Factor that Trumps the New Market’s Giddiness 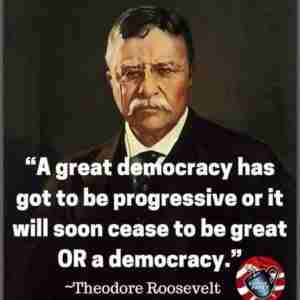 All measures of market sentiment are at highs or extreme highs, from put/call ratios, to CNN’s greed index, you name it. The outside worlds focus for this outright giddy disposition and  talk of a potential “melt-up” in equity values focuses on the following four elements:

“First, the US and China are likely to reach a “phase-one” deal that would at least temporarily halt any further escalation of their trade and technology war.”

“Second, despite the uncertainty surrounding the United Kingdom’s election on December 12, Prime Minister Boris Johnson has at least managed to secure a tentative “soft Brexit” deal with the EU, and the chances of the UK crashing out of the bloc have been substantially reduced.”

“Third, the US has demonstrated restraint in the face of Iranian provocations in the Middle East, with President Donald Trump realizing that surgical strikes against that country could result in a full-scale war and severe oil-price spike.”

“And, lastly, the US Federal Reserve, the European Central Bank, and other major central banks have gotten ahead of geopolitical headwinds by easing monetary policies. With central banks once again coming to the rescue, even minor “green shoots” – such as the stabilization of the US manufacturing sector and the resilience of services and consumption growth – have been taken as a harbinger of renewed global expansion.”

In a few words the “deconstruction of the administrative state;” destroying the international order that the US and its allies created after WWII;” “the provoking rather than supporting US Asian allies, such as Japan and South Korea;” the impeachment process and trial that will lead to bipartisan warfare, and providing the ROOSEVELTIAN Democrats running for their party nomination a policy platform that financial markets find unnerving plus a regime change on the first Tuesday of November 2020.

The extreme bullish sentiment pointed most market observers are aware of will be hard to change mentality even when there is a 10% to 20% correction. The majority of analyst I read and hear in the media say the extreme bullish outlook will be toned down with only a mild correction.

To the contrary, the linier mentality is here to stay providing the needed liquidity for profit taking and the mind-set will be buying dips throughout 2020, until some type of climatic low.

These headlines highlight what not to expect. Market (price) based models foreshadow a greater than average bear market over the average time span of historical bear markets. 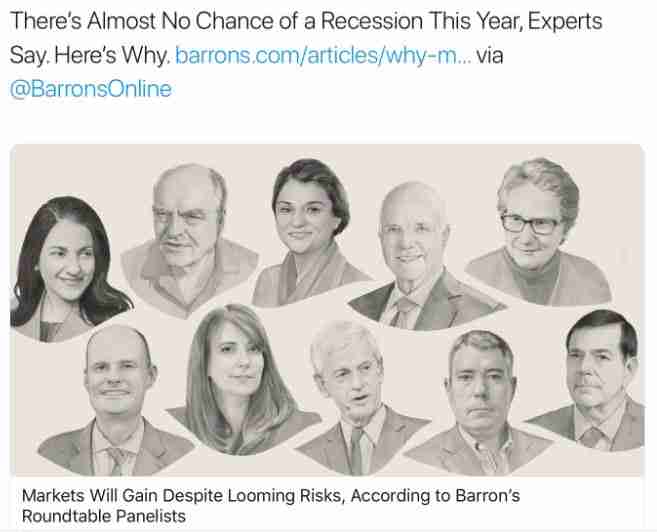 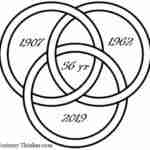 — Contrary Thinker does not refund policy; all sales are the finale.

My Alternate for a roaring 1929 style end to it all: “This Bubble’s Gonna Be A Big One… Real Big”

Last Friday, when discussing the potential consequences of what would happen if the Fed cuts rates, and why BofA believes that such an act would represent a huge risk to the market and economy, is that following the May slump, the foundations for the S&P rising to 3,000 in […]

Click here to view the original web page at Hedge Fund CIO: “This Bubble’s Gonna Be A Big One… Real Big”

Volatility Reports published this alternative chart on May 4, 2019.

With a change of trend date occurring now and prices advancing into them, a peak here is necessary for the 1929  style rally into the autumn to remain an alternative. and for prices to continue their May-Walk-Away. 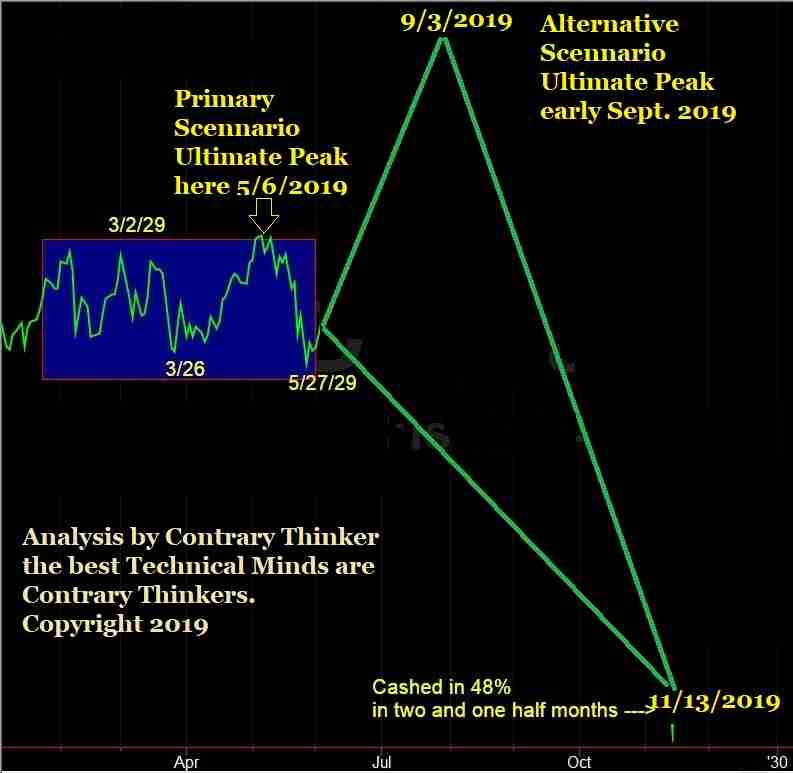