Volatility Reports the “Back Story”

Based on the confusion propagated between politics and the rule of law taking advantage of an uneducated electorate,

A man drove his car into a barricade at the US Capitol early Sunday morning and, as it burst into flame, he exited the vehicle and began “indiscriminately” shooting a handgun. As US Capitol police approached him, he shot himself to death.

According to a statement issued by Capitol Police:

Just after 4:00 a.m., a man drove his car into the vehicle barricade at East Capitol Street and Second Street. While the man was getting out of the car, it became engulfed in flames.

The man then fired several shots into the air along East Capitol Street. When our officers heard the sound of gunfire, they immediately responded and were approaching the man when he shot himself. “It appears that the individual may have started the fire himself as he was getting out of the car,” said Capitol Police chief Tom Manger at a Sunday morning press conference. He described the attacker as firing a handgun “indiscriminately.”

Politicians who dispute the outcome of the 2020 presidential election are on the ballot this year for offices that could determine how the 2024 election is decided in swing states—regardless of what voters intend.

Donald Trump’s effort to overturn his 2020 election loss to Joe Biden failed, but his loyalists have never stopped trying to turn the US election system into one that would return him to the White House in 2024—fairly or otherwise.

In the last two years, Republicans have sought to remove state officials who wouldn’t manufacture votes and falsely declare him the winner. They changed the way elections are run in response to his conspiracy theories. Most importantly, they’ve nominated people who insist Trump won as candidates for US Congress and governor, and for offices that certify the outcome. 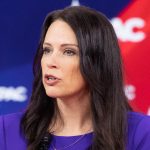 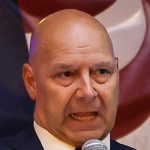 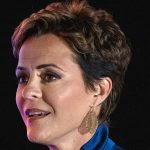 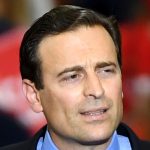 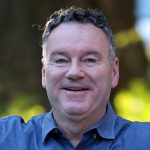 The want to be usurper are from left to right

Tudor Dixon  Governor nominee Michigan
“Steal an election then hide behind calls for unity and leftists lap it up.” Detroit Free Press
Dixon repeatedly tweeted that the 2020 election was stolen and accused Democrats of “obvious” and “sloppy” voter fraud.

Doug Mastriano Governor nominee Pennsylvania
“There is mounting evidence that the PA presidential election was compromised.”
Twitter
As a state senator, Mastriano held his own hearings on the 2020 election, privately lobbied the Justice Department to investigate fraud claims, attended Trump’s Jan. 6 rally on the Ellipse and briefly led a partisan review of the results.

Kari Lake Governor nominee Arizona
“America knows the 2020 election was stolen. America knows President Trump was the true winner.”
Twitter
Lake has claimed that Democrats stole the election and said she would not have certified Arizona if she had been governor in 2020.

Adam Laxalt US Senator nominee Nevada
“There’s no question they rigged the election.”
NBC News
A former Nevada attorney general, Laxalt filed several lawsuits seeking to overturn the 2020 election and made baseless claims of widespread voter fraud. As a senator, he would be in a position to vote against certifying the election.

Tim Michels Governor nominee Wisconsin
“Certainly, there was a lot of bad stuff that happened. There was certainly illegal ballots. How many? … I don’t know if anybody knows.”
Milwaukee Journal Sentinel
Michels has said “no one knows” how much fraud there was in 2020 and that “maybe” the election was stolen and wouldn’t say whether he would certify the 2024 election if he is governor.

Authored by Scott Wheeler via The Epoch Times (emphasis ours),

Years of investigations have led to claims by Republicans of partisan political power plays at the Federal Bureau of Investigation and Department of Justice.

A raid on former President Donald Trump’s home on Aug. 8 has sharpened the nation’s focus on what many Republicans have been raising alarms about for years—the politicization of the Justice Department (DOJ) and its law enforcement arm, the Federal Bureau of Investigation (FBI). Republican U.S. Senator Charles Grassley of Iowa has been demanding answers about alleged politicization well before the raid.

“Unfortunately, a growing number of Americans have lost confidence in the bureau based on its inconsistent handling of politically sensitive investigations, its lack of cooperation with legitimate congressional oversight inquiries, and its failure to hold its own people accountable for their misconduct,” Grassley told The Epoch Times.

In 2015, former Secretary of State and presidential candidate Hillary Clinton came under FBI investigation for concealing classified information on an unauthorized email server she kept at her home. During that investigation, Clinton deleted emails that were under subpoena. The FBI, which was in charge of the investigation of Clinton, did not conduct raids at any time and allowed Clinton and her attorneys to negotiate what evidence Clinton would turn over to the bureau and dictate the terms in which Clinton would be interviewed. 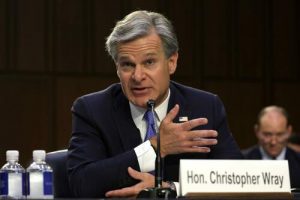 ittee at Hart Senate Office Building on Capitol Hill in Washington on Aug. 4, 2022

The seizure of classified US government documents from Donald Trump’s sprawling Mar-a-Lago retreat spotlights the ongoing national security concerns presented by the former president and the home he dubbed the Winter White House.

The left would love for conservatives to succumb to violence. Don’t take the bait.

The FBI and media narrative in the days after the FBI’s unprecedented raid on the home of a former president and opposition party leader was one of feigned surprise that such authoritarian tactics would prompt any outrage. Simultaneously, however, media and Democrat figures used the raid to project their expectations of a violent reaction onto their political opponents.

The right’s outrage over yet another high-profile example of federal intelligence agencies applying double standards to Democrats’ political opponents was quickly exploited by corrupt actors such as MSNBC to accuse conservatives like YouTuber Steven Crowder of trying to “agitate for ‘civil war’” with a tweet on the night of the raid.

Crowder clearly meant that as a metaphoric war, something his crew explained shortly after MSNBC trashed him on-air and in an article. But that hasn’t stopped the press and Democrats from egging conservatives, shocked at the politicization of the DOJ and FBI, toward violence — which the former would use like the Jan. 6, 2021, riot to once again punish people on the right far more severely than they punish people on the left for the same infractions.

Leftists consistently use allegations of political violence — whether real fringe violence or the imagined “violence” of free speech — as an excuse to target their enemies. So it’s no surprise that their focus regarding the FBI’s action is not on the fact that unelected bureaucrats rifled through the Republican Party leader’s personal items for more than nine hours without explaining themselves, but that conservatives’ reaction to the abuse of power could include violence.

The truth is, leftists and their cronies in the corrupt corporate media are doing their best to provoke that kind of violence with precisely these outrageous tactics, hoping some MAGA hat-wearing conservatives will do something illegal or something that can be framed as illegal in response to the raid so they are eligible for swift and drastic punishment

That’s why the Washington Post published an article on Wednesday claiming that “GOP hysteria over the Mar-a-Lago search is an invitation to violence.” In the article, Dana Milbank, the WaPo opinion columnist infamous for demanding everyone “give Biden a break,” said “violent speech” like calling for the disbandment of the “tyrannical FBI” will lead to “violent acts.”

The J6 show trial didn’t change the minds of many Americans, but it gave swamp creatures such as Attorney General Merrick Garland and FBI Director Christopher Wray the excuses they needed to take down Trump and stop him from running for president again. In the case of Jan. 6, Democrats saw an opportunity to exploit the condemnable actions of a few to incriminate a whole ideology and political party.

The Mar-a-Lago raid is no different.

“If you believe this [raid] is about classified documents, having to do with bullsh-t Trump took with him when he left office, your head is in the sky. This is about Jan. 6 and the never-ending desire to get Donald Trump on something,” Megyn Kelly said in a recent episode of “The Megyn Kelly Show.”

Trump Can’t Envision a Government Less Corrupt Than He Is

After FBI agents finished executing a lawful warrant at his Mar-a-Lago property in Florida, Donald Trump made an accusation that was astonishing in its lack of self-awareness, even for him. He said in a statement: “They even broke into my safe! What is the difference between this and Watergate, where operatives broke into the Democrat National Committee?”

The difference hardly needs explaining, of course. The goons who broke into the DNC headquarters in 1972 may or may not have done so illegally at Nixon’s personal behest. However, after a couple of weeks, the president’s stooges were engaged in a historic criminal conspiracy following the boss’s orders. The DNC of that era was not involved in illegal activity nor suspected of such. On the other hand, Donald Trump is under investigation by multiple law enforcement agencies for myriad crimes. A judge was impressed enough by the evidence to grant an extraordinary warrant for the contents of Trump’s safe. It’s worth noting that the FBI Director who most assuredly signed off the warrant request is a Trump appointee, and we know the Attorney General did. 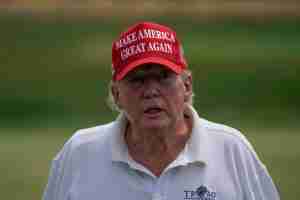 Authored by Patricia Tolson via The Epoch Times (emphasis ours),

In the wake of the unexpected fallout sparked by an Aug. 8 media pitch, a military veteran has revised his plans to hold a protest at the FBI headquarters in Washington on Sunday, Aug. 14.

Following the unprecedented raid on the Mar-a-Lago residence of former President Donald Trump, an Aug. 8 media pitch announced that a 20-year military and former Special Ops veteran named Adam Hardage was “calling on fellow veterans and Americans of all walks to join him Sunday 8/14 at the FBI HQ in Washington DC to protest the out of control FBI and its actions against President Trump.”

However, the unexpected fallout that quickly ensued caused Hardage to revise his plans.

It all started with an Aug. 9 report about the proposed protest mentioned in the Aug. 8 media pitch. 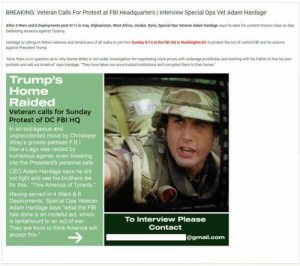 The contact information was included in the media pitch for those who wanted to interview Hardage. While Hardage did receive requests for radio and podcast spots, the media relations company that sent out the media pitch confirmed that The Epoch Times was the only print/web news outlet to actually request and receive an interview with Hardage about his proposed protest.

Screenshot of the Aug. 8, 2022 media pitch sent out to numerous news outlets regarding a protest proposed at the FBI headquarters in Washington. (With permission from the media relations company)

Contrary Thinker is just not the market analyst for the professional advisors, managers, and traders. It is a journalist that digs into the real-life reasons behind the rumblings.

You wait, you will pay more.